“No one is silent watching BUT movies. It’s an interactive screening” - volunteer coordinator Zasya Twisk on BUTFF impressions 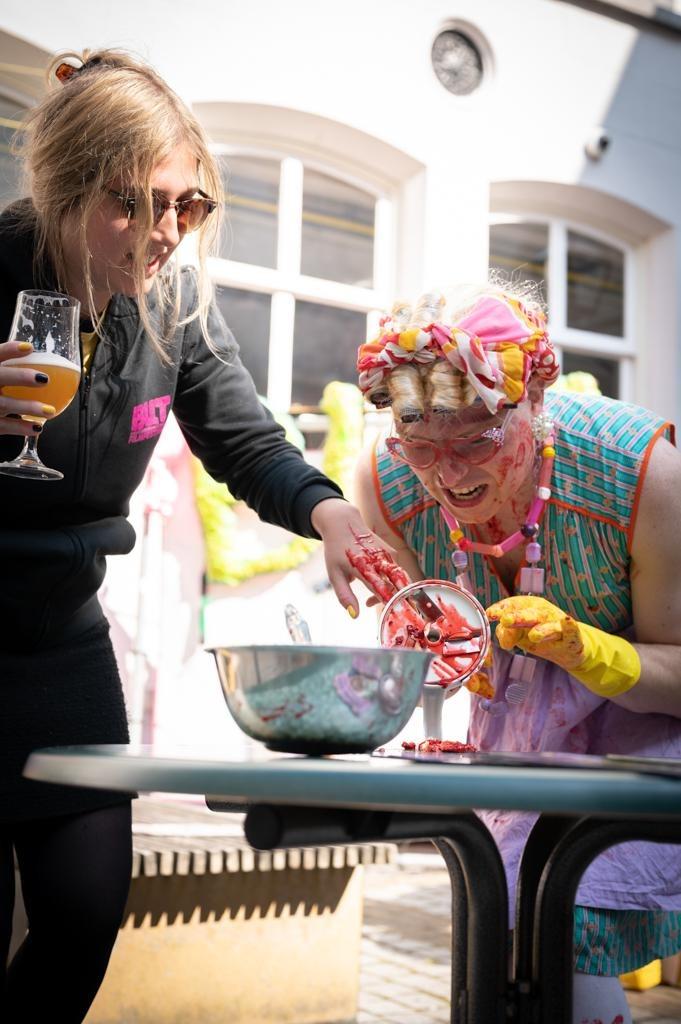 What do you do in BUT?

I've been in different positions in BUT. I started behind the sandwich bar: managing it, the groceries, everything. That year, I was also helping out with watching the short movies - voting for them and suggesting which ones we would screen. That's the first thing I did.

In the years after, I started working in pre-production as well as production. I was working with Dorien a lot. She's the head of the festival in terms of organisation and producing*, and I was basically her right hand.

Since this year, I'm the volunteer coordinator. So I'm making the planning, asking people to come work with us, stuff like that. During the festival, I will also be helping people, explaining how stuff works and filling up all the holes in the planner.

What attracted you to BUT, why this genre?

When I was younger, my boyfriend at the time was really into B-movies. I didn't know it but then I got introduced. And I loved it! The bad jokes and really bad special effects, I thought it was so funny. And also, I've been super afraid of scary movies my whole life. B-movies were scary but also funny, and so fake. That obvious fakeness helped me to finally watch scary stuff. I liked that about B-movies.

When I was working at WORM**, I met other people who were doing these cult movie nights***, and I really got into it.

What's your favourite BUT movie?

That's a tough question. One of my first experiences with B-movies was a Japanese movie. It was called “Vampire Girl versus Frankenstein Girl”. It was basically tiny, hot, Japanese girls in small clothes slaughtering each other with weird superpowers. Just cutting off each other’s limbs. I thought it was cool that the plot was based around all these young women slaughtering each other. It was so funny.

I’m also into the Wakaliwood movies. There's a guy**** in a small African village who wanted to make movies but his budget was $600 or so. He would just film everything, sit behind a computer, like the ones from the 80s, and take two years to edit one movie. Just having no budget at all. But his productions got super big through YouTube, so now he's travelling the world and those movies are awesome. It’s like a dream.

When you sit in the movie theatre watching these movies, everyone in the cinema will yell at the screen. No one is silent. It's an interactive screening [laughter]. That’s nice as well.

You've been coming to the festival for a while. What can a person who had never experienced BUTFF expect?

It's very informal, so you get to talk to everyone. A lot of people know each other but if you don't know them, it only takes you one day and you start becoming friends. There are a lot of like-minded people at BUTFF but the fun thing is, everyone is so different. There are people of different ages, jobs, and backgrounds, and they all come together to enjoy weird movies. I think it's really cool. Also, it's cosy to have nice music performances. Every year, it's a whole big amount of new experiences. You never know what to expect.

What’s the funniest moment that you remember from the festival?

In the last edition, I was not working for BUT, only there as a visitor. Last minute, they needed extra people for a performance. They had these super hot and terrible rat costumes and they were going around the public asking people, “Can you please fill in?”. I was a little bit drunk so I decided I'll do it.

I had to get into the suit. It was tough: I couldn't see anything and I could barely breathe. I had to be on stage for 10 minutes. It was this hard noise performance and we had to dance in the suits. I couldn't see and I was falling over. It felt like 30 minutes. Halfway through, I was thinking “Jesus Christ, I can’t breathe, how long? Is it about 15 minutes?”. It just kept going. And Jeroen was telling everyone “My wife is in the rat suit”! [laughter] 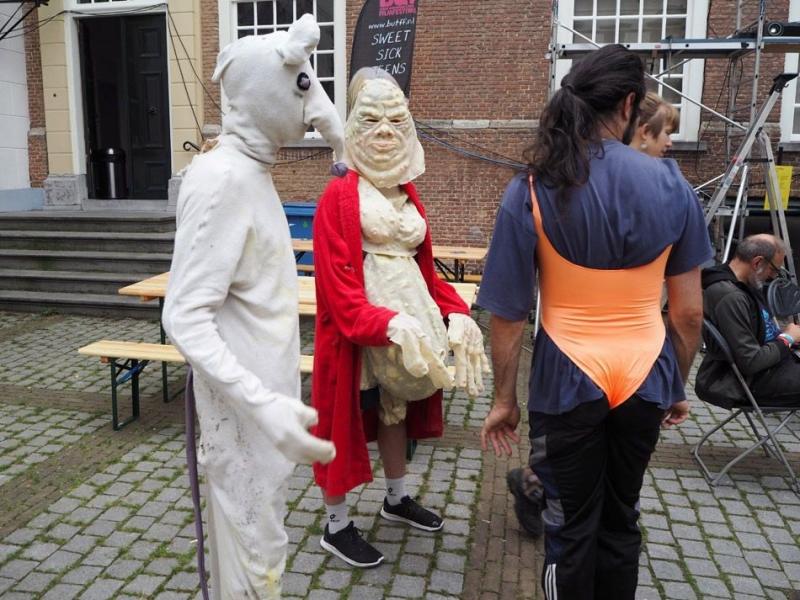 I was super awkward because there were so many people looking at me, even though I couldn’t see them and they didn’t know it was me. In the end, it was really funny.

Since we’re at being drunk... Can you tell us about the special BUT beers?

Since the first year I was there, I've tried all of them. There was The Creep, which is nice. I already tried the one for this year, it's so good. Lots of respect for Paul who brews them. He can make some nice beers, and he does so in his backyard. I've seen it, it's amazing and so good. Everyone’s always a fan. I love drinking them and am now looking forward to them. It’s a super limited edition.

Is there something that you would specifically recommend to people coming this year?

BUTclub on Thursday! It’s a collaboration with Pier15 Skatepark.  There will be two modular synthesizer music acts. It's going to be a super cool show with lasers and lights, I'm looking forward to it.

What are your personal plans, hopes, and dreams for the future of BUT?

It's complicated. On the one hand, I hope that the festival will grow, get bigger and that it will be able to survive in a more capitalist world. But on the other hand, I also want it to stay the way it is, small and fun, very personal. I don't want it to get too commercial, because I see a lot of festivals getting too big and changing their identity, straying far from what they wanted to do in the first place.

I hope we can find a balance in growing and attracting some young professionals to the festival, trying to make sure it will be healthy, but also stay true to our roots. I think it's going to be tough, but with the right people, we can manage. And I’ll be part of BUT for long, as long as I can make time and the people are good to me.

* Interview with the omnipotent, mysterious Dorien is coming next month. But do you really want to unveil the mystery?

** WORM, a venue in Rotterdam that’s exclusively into avant-garde art and weird stuff