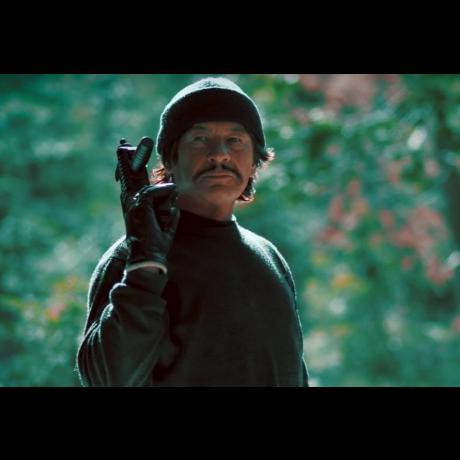 Our vigilante guest for BUTFF2022 is no less than the Charles Bronson clone and the Wild West stuntman, Robert Bronzi. 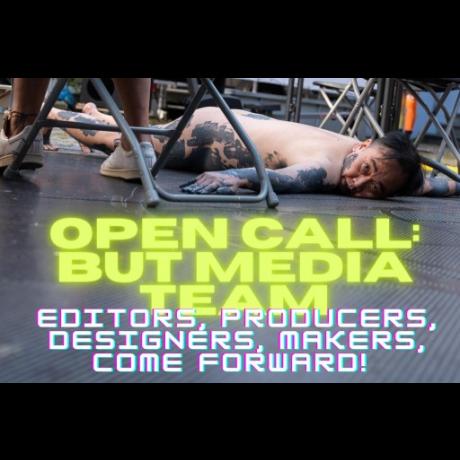 Have you always felt the inexplicable urge to create? Do you like to ask unusual questions and curate interesting topics to a bigger audience? Come join the BUTmedia team!
. 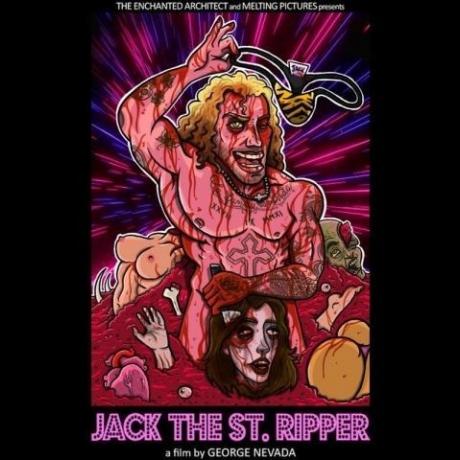 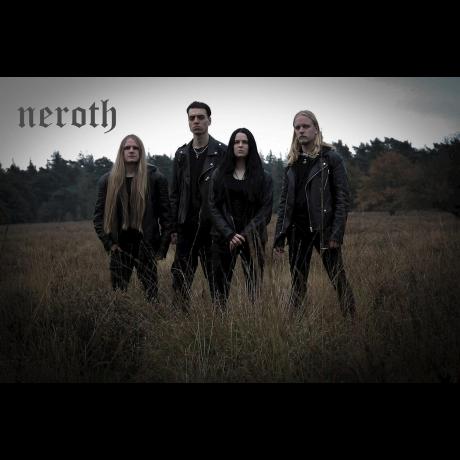 By now, it’s a tradition that we serve BUTters some good metal on Fridays. We’re honoured to drag this habit into BUTFF2022. Here is our superstar selection:
.

“No one is silent watching BUT movies. It’s an interactive screening” - volunteer coordinator Zasya Twisk on BUTFF impressions 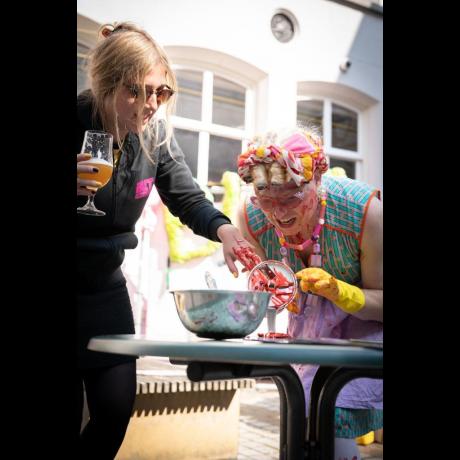 What do you do in BUT?

I've been in different positions in BUT. I started behind the sandwich bar: managing it, the groceries, everything. That year, I was also helping out with watching the short movies - voting for them and suggesting which ones we would screen. That's the first thing I did.

END_OF_DOCUMENT_TOKEN_TO_BE_REPLACED

WHEN CAN I BUY TICKETS FOR THE FESTIVAL?

Ticket sales are online through the Time Schedule (from August 1), and there are special tickets like Daypasses. During the festival, tickets for the day are available through the butff website.

WHERE CAN I BUY TICKETS?

In the pre-sale you can buy tickets online through our website.

ARE THERE ANY (FREE) ACTIVITIES FOR WHICH I DO NOT NEED TICKETS?

For sure! In the festival program on this website (view able a week before the start of the festival) or during the festival in the program book you will find information about the program of BUTFF. There are also many free activities such as workshops, exhibitions and performances.

WHAT IS THE BUTFF PASSE-PARTOUT PASS?

With the BUTFF Passe-Partout, you can make online reservations for all music and movie events throughout the festival. This option becomes available some hours after buying the Pass.

WHAT IS THE BUTFF DAY PASS?

With the BUTFF Day Pass, you can make online reservations for all movie shows on your chosen day. This option becomes available some hours after buying the Pass.

WHERE DO I BUY THE BUTFF PASSE-PARTOUT / BUTFF DAY PASS?

The Passe-Partout / Day Ticket can be bought here. Web sales for any day end the evening before at 24:00h. At the Festival box office, every day 20% of that day's tickets are available.

SHOULD I STILL GET INDIVIDUAL TICKETS WHEN I HAVE PURCHASED A PASSE-PARTOUT / DAY PASS?

Yes. It takes a seat ticket for each screening or (non-free) event you want to visit. As a pass-holder, you will receive a wristband which allows you to pick up free seat tickets. By the way, as a Pass-holder you can make seat Reservations through this site (here).

Five days' worth of films filled with violence, absurdity, creativity and corniness. We are looking for visitors who... : • Aren't likely to scream at the sight of blood! • Will be able to admire creativity to absurd extremes! • Like to combine a cozy atmosphere with watching films! At our festival we will exclusively show B-movies, Underground films and Trash Films.

B-movies were created as a by-product of the Hollywood studio system and have evolved into a unique genre. Bad actors, unintentionally funny lyrics, crappy special effects, dangerous stunts, bad directing and lots of shooting, tits and helicopters. Or a lot of fake blood.

Underground films are extreme films in images or content. They explore the limits of permissible and defy the generally accepted morality. They are often tied to a certain scene or group of filmmakers.

Trash films are very cheaply made B-movies. DIY cinema at its best, filmmakers who are not bothered by any lack of talent or skill, but just get the job done in one way or the other. Paper mache, fake intestines and lots of ketchup. Films where the quality will not be found in the special effects budget, outstanding acting performances or even a coherent story, but rather in the unconventional. Unconventional techniques, presentation or content which bog-standard cinemas would not dare show on their screens.

No…? Excellent! Because at our festival we challenge you to see films made by young, experimental and passionate filmmakers who aim to tickle your senses in a way that is different from your regular Hollywood movie. Should you still let out a scream during the performance, though, no worries. We'll just crank up the volume so that no one can hear you.

Aside from films, we also have an extensive programme of shows, exhibitions and workshops. In part due to our wide spectrum of side activities, BUTFF is know as a great place for lovers of alternative music, petry and (performance) art.

Every year, BUTFF honours an actor, director or producer who has played an important part within our subculture. Examples include Albert Pyun (2013), Jörg Buttgereit (2010) or the King of Trash, John Waters (2009). And a year before him, we looked back on the works of David Cronenberg, Cyrus Frisch and Wenzel Storch. See: Awards.

Directors, producers and actors from all over the world have been known to flock to our festival to shine a light on their work as our special guest. Examples from previous years include Fred Vogel, JT Petty, Andrew van den Houten, Lloyd Kaufman, Wenzel Storch, Christian Veil, Adam Wingard, Javi Camino, Barak Epstein, Nick Zedd and Remy Couture.

Every year the festival hands out several Awards for best director, best feature film, best short film, best student film and a groundbreaker award for a personality whose accomplishments stand out in our genres.

WHEN WILL THE NEXT FESTIVAL TAKE PLACE?

WHERE WILL THE FESTIVAL TAKE PLACE?

WHERE ARE THE FESTIVAL LOCATIONS?

HOW WILL I BE ABLE TO STAY UP-TO-DATE ON FESTIVAL NEWS?

Through the BUTFF digital newsletter we will update all subscribers on any news as it gets released. If you are interested in subscribing, you may do so on our main page. In addition, we are also on Facebook and Instagram. Are you a journalist? Then send an e-mail to post@butff.nl to receive any press releases we send out.

I WOULD LIKE TO SUPPORT BUTFF, IS THAT POSSIBLE?

I AM A FILMMAKER, HOW WILL I SUBMIT MY FILM FOR CONSIDERATION?

You can send us your film all through the year, deadline of the festival is normally around 1 June.

All three locations are within a 10 minute walking distance from Breda Central Station.

IS THERE CATERING ON-SITE?

During the festival we will provide you with an extensive catering service, which will include a sandwich bar and a different dinner menu for each day. The dinner menu has both vegetarian options and non-vegetarian ones.

WILL THERE BE ALCOHOL?

Of course! You will be treated to beer from KWA brewery, who brews a special festival editon beer every year. With names such as 'Rocket Science', 'Creep' and 'Blind Date'. Also there is the Schelde brewery. Dutch IPA influenced by our neighbours to the south. Complete with interesting names like 'Lamme Goedzak', 'Dulle Griet', 'Strandgaper' and 'Zeezuiper'.

BUTFF is an initiative started by the Idee-fixe (IDFX) foundation. Idee-Fixe strives to expose a larger audience to alternative art forms, with the focus mainly on photography, film, graphic art and digital media. Idee-Fixe has set itself the task of acting as active intermediary between audience, artist and dirtributor.

Everything about the festival, from preparation to final credits, is run by entusiastic volunteers who wish to do their part to help the alternative film scene and the culture surrounding it.
As with the films, IDFX strives to stimulate creativity, personal development and create room for new ideas within an informal setting. All the while keeping the focus on having fun.

If you are interested in working for the BUT film festival please fill-out the volunteers form. We welcome you!