Glimpses of BUTFF: Pay for entrance, pray for exit 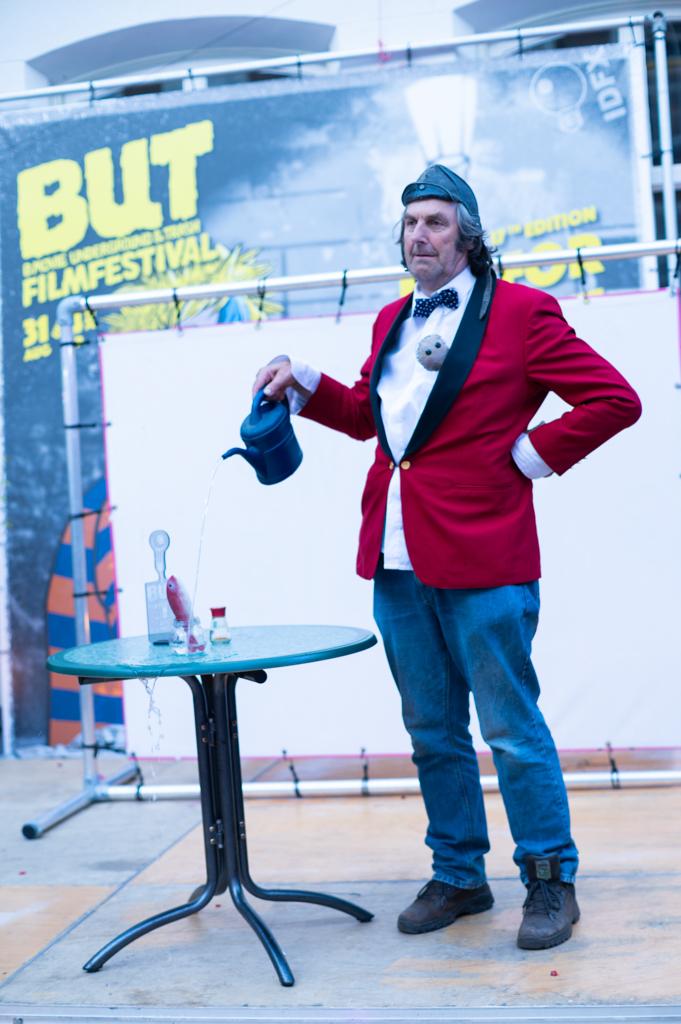 Every year, we show a lot of shorts. On the last day, we show all of the shorts at once, so it’s just like the internet, “a little bit of everything all of the time”. The brave ones that survive the over six-hour-long screening get an imaginary BUT badge and an immediate referral to the doctor. I mean, watching 30 shorts in one row is surely an achievement to put on your bucket list, but boy oh boy, what will be left of your brain?

The world’s first social housing band told the story of a BUT Rotterdam neighborhood, the Zuid, and Dutch housing problems.


We told you we like to educate, or maybe it was just to rant. Ranting it also was during the performance by Female Monsterband - this time, ranting with sounds. And souls.

“Get off your but and don’t be so danceless” was one of the last sounds to be heard at BUTFF2022. After that, the square transformed into “a wave of arthouse” with everyone coming out of their mental butholes to surprise each other, but perhaps most themselves, with their dance moves. And then there it was, the end.

Read on the last festival day, especially how some BUTters managed to scam the bartender at the afterparty with fake money, in the last edition of this year’s BUTDaily.

END_OF_DOCUMENT_TOKEN_TO_BE_REPLACED

As always there is money in play.