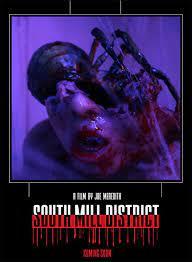 Ten years have passed since the alien war, and now the line between human and alien is blurred. The film follows two vagrants who were once subjects of a dangerous experiment involving the assimilation of alien and human DNA. Their bodies were hollowed out by over-sized spiders, bio-engineered by EonCorp, a corporation with evil intentions. The spiders used their bodies as dwelling places until the assimilation process was complete, and their bodies regenerated. Now they wander around the South Mill District, waiting for the spider's mutagenic virus to do what it was meant to do.