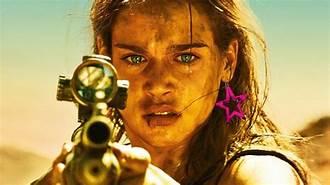 The story sees three wealthy, middle-aged CEOs - all married family men - get together for their annual hunting game in a desert canyon. It's a way for them to let off steam and affirm their manhood with guns. But this time, one of them has come along with his young mistress, who quickly arouses the interest of the two others. Things get out of hand and she is left for dead in the middle of this arid hell. However, the young woman is very much alive, and the hunting game turns into a ruthless manhunt. Barbie-girl can be a killer after all, in this modern revenge flick with a strong female lead and female director.