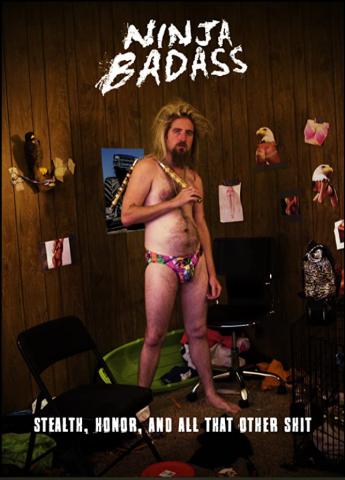 The Ninja VIP Super Club is doing a slow drag across the American Midwest, culminating in female sacrifice.

When they kidnap a super hot babe Rex has his eyes on - it's up to him to become a ninja to steal her from them. then she can have his babies.

Join Rex, his armless sensei, a badass ball ripper, a dragon, a gang of puppies, some detached feet and a mean ninja motherfucker who trains by beating up cows - for a fucked up experience that'll make you wanna eat egg rolls until you shit your pants.