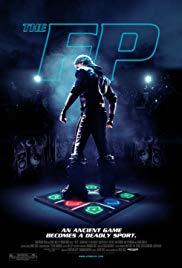 FP2 is sequel to The FP (2018): In a post apocalyptic future, two rival gangs fight for control of Frazier Park by playing "Beat Beat Revelation", a deadly version of Dance, Dance, Revolution.
Despite hanging up his boots following the events of 'The FP,' JTRO must return to the blood sport of Beat-Beat Revelation one last time. JTRO and KCDC - his mystical hype man - will quest deep into The Wastes, a land destroyed by the Beat Wars, to compete in the ancient Beat-Beat tournament, "Beats of Rage," face AK-47 - and, hopefully, save the world.
So, heads up for 80s gamers! Short film: SPACE BETWEEN THE STARS