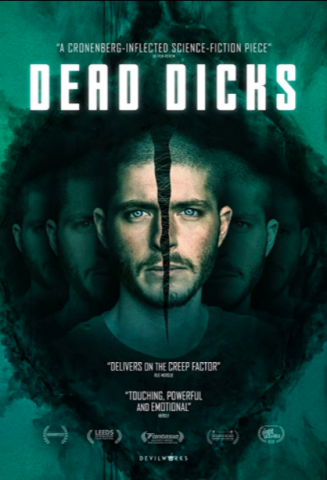 DEAD DICKS follows Becca (Jillan Harris) as she attempts to pry her way out of a trap, only to be dragged into a world that defies nature and reason — the dilapidated apartment of her brother Richie (Heston Horwin). Answering an all too familiar barrage of calls from her down-and-out, suicidal brother, Becca rushes to his rescue only to find him… and an apartment full of corpses that look just like him. She scrambles to make sense of the heap of dead copies and the strange orifice that is producing them. Forced to dispose of the bodies while the square downstairs neighbour incessantly scolds her and threatens to call the police, she begins to question when this will stop, and how far will she go for her kin.