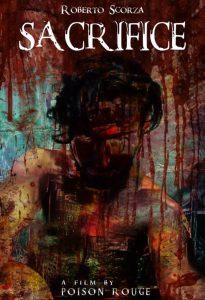 Haunted by the death of his father and other psychological traumas, Daniel (Roberto Scorza) returns to the home where he was raised. Faced with intense emotional scars, as well as physical -- which are realized by the years of self-harm depicted by the cuttings adorning his body -- he enters the bathroom to begin a journey of self-exploration, self-mutilation and quite possibly, self-enlightenment. Prepared only with three white candles and some crude instruments, Daniel attempts to beckon the embrace of the Goddess Ishtar (Flora Giannattasio) to assist him on his self-illumination. The ﬁlm that will be talked about for a long time after this screening. During our sister-festival in Paris SADDIQUE-MASTER, two people fainted and were taken away by ambulance. How tough is the audience at BUT Film Festival?